The Eighth Brigade of the Russian-backed Fifth Corps, which has complete control over the city of Bosra Al-Sham in the eastern half of Daraa governorate, is preventing displaced Shia residents from returning, despite attempts at reconciliation between the two sides.

Bosra Al-Sham’s Shia residents came from Lebanon in the 1930s, settling down in the city and becoming part of its social fabric. They made up about 10 percent of the city’s population, according to local estimates, at around 5,500 people. They own around 1,230 residential properties, as well as dozens of shops, most of them located in the old quarter and the eastern neighbourhood.

Since 2012, Bosra Al-Sham has been divided in two. One side is under the control of opposition factions, most notably the Shabab Al-Sunna group led by Ahmad Al-Odeh. The other is under regime control and is limited to the neighbourhoods where Shia residents live.

Shia residents participated in the regime’s repression of the uprising (kidnappings, arrests, etc.) before it broke out into sectarian strife. When opposition factions took complete control of Bosra Al-Sham in March 2015, the city’s Shia residents fled to nearby Suweida, Damascus Countryside and Damascus city fearing reprisals.

The homes of some Shia militia leaders in the city were deliberately destroyed after opposition factions took control, particularly the homes of those accused of carrying out killings and kidnappings, and of participating in the battles that took place in 2011-2015. Members of the Eighth Brigade, most of whom are from Bosra Al-Sham, also took up residence in some of the displaced Shia families’ homes and leased out their shops to residents of the city and nearby villages. The Eight Brigade oversees the leasing out of displaced people’s properties and collecting rental payments.

Some Shia families from Bosra Al-Sham sold their properties in recent years after losing hope of returning to the city, and due to difficult financial conditions, local sources told a correspondent for The Syria Report. Most of the sales were conducted in secret, as both the sellers and buyers steered clear of announcing the transactions for fear of armed militias on both sides, the local sources added. Because of this secrecy, it has been difficult to document most of the property sales.

On multiple occasions, the Russian Reconciliation Centre in southern Syria has brought up the topic of allowing Shia residents to return to Bosra Al-Sham since the 2018 reconciliation agreement. However, the Eight Brigade leadership and local notables have refused, especially after an escalation in IED attacks within the city and along the roads leading into it. Shia militias were blamed for planting the explosives. 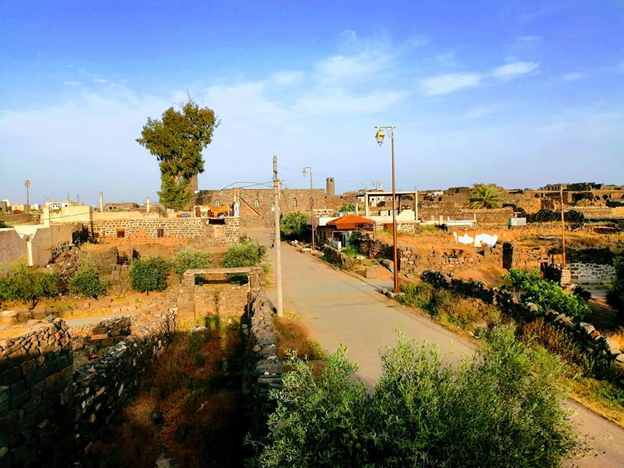