Over the past several months, cautionary seizures have been placed on dozens of properties belonging to people accused of smuggling in rural western Damascus. What is unusual in these cases is that some of the smuggling crimes date back before 2010 — as far back as 1985 — according to a correspondent for The Syria Report in the area.

Syrian Customs Law No. 38 of 2006 defined “the crime of customs smuggling” as every entry or exit of goods into or out of the country that goes against the provisions of the law, or through means other than the customs clearance offices. The law specifies 22 types of cases that are considered customs smuggling crimes, including evading the payment of customs duties imposed on goods that can be legally circulated. As for the smuggling of banned goods, such as drugs and antiquities, the circulation of these goods alone constitutes a crime, for which there are special laws and provisions.

The Director General of Customs has an existing mandate from the Minister of Finance to issue cautionary seizure decrees. A cautionary seizure is made into an executive seizure if the financial dues ordered by the court are not paid within three months of notification by Customs Control. Under Law No. 37 of 2006, Customs Control is the armed executive tool of the General Customs Directorate (GCD). Its members are considered public forces and judicial police officers within the limits of their jurisdiction.

According to the seizure notices posted so far, the cautionary seizures were made by the Customs Court, which is the legally authorised body to hear customs-related cases, including the collection of customs duties, and all disputes arising from the application of Law No. 38.

The recent round of cautionary seizures has targeted smugglers who previously worked along the Syrian Lebanese border, some of whom are now deceased, have left the country, or have been forcibly displaced, according to a correspondent for The Syria Report. However, some of those who received the notices have already requested a so-called “customs reconciliation” with the aim of settling their customs statuses and paying fines for the confiscated goods. Customs reconciliation is a process run by GCD, enabling it to waive criminal procedures against the violator in exchange for payment of fines. This is followed by a customs settlement contract, which involves registering the violation, as well as determining the value of the goods, the customs duties and the fine to be imposed on the violator.

A lawyer appointed by the family of one of the deceased people targeted by the cautionary property seizures told The Syria Report that the aim of these measures, which concern decades-old cases, was to collect funds for the GCD, after a decline in both its role and presence along the Syrian Lebanese border. This decline is largely due to the Lebanese group Hezbollah and affiliated smuggling networks controlling most of the unofficial border crossings used for smuggling between the two countries. 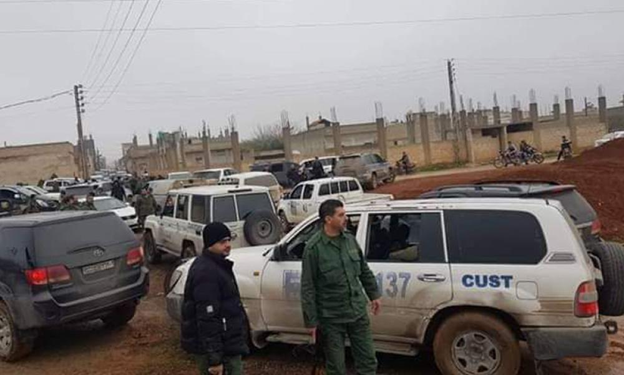